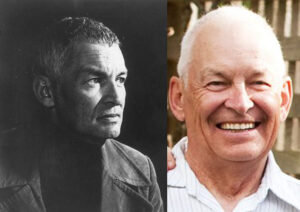 Father, grandfather, brother, and friend, Francis McNamara of Edmonton passed away on December 27 after 85 active years. “Frank” leaves behind three loving sons, Ross, Gerard, and Thomas and their spouses, Dianna, Jody and Katherine; as well as grandchildren Teague, Drew, Sienna, and Claire. Predeceased by mother Jeanne and father Leo; he is survived by siblings Lorraine, Maurice, and Rose.

Frank lived an event-filled life. He was fiercely independent and an intense competitor who attacked his goals with passion and grit. From playing “cat and mouse” with Russian ships on an instrument panel aboard a Canadian frigate in the early 1960s to becoming a masters champion distance runner, cross-country skier and triathlete, Frank sought to challenge himself and found success.

After leaving the navy, Frank returned to Alberta to apply his problem-solving skills in the booming oil patch. Several years later, tired of traveling and wanting to be closer to his young family, he took a job at NAIT in the electronics service department, where he worked for over three decades. It was here that he would form many life-long friendships and spark a love for athletics.

In his mid thirties, Frank experienced an excruciating gallstone that led to a sudden surgery. Returning home a week later, he decided to make a big change. He ditched smoking, altered his diet, and immediately embraced running. What started with jogging around the block with his three sons soon grew into competing in everything from local 10Ks to national nordic ski races to international triathlons.

Frank was tireless when it came to training and coaching. At NAIT, he co-founded a cross country running program for students and staff, and added a nordic ski program years later, coaching in both for decades until his retirement in 2000. He was also a longtime member and volunteer at the Edmonton Nordic Ski Club, where he constructed ski trails, set tracks, and ran waxing clinics. And as a fixture at local hangouts like George’s Cycle, Tech Shop, Running Room, and Fast Trax, he inspired a loyal following with free watch repairs and training and gear tips for anyone who asked.

But perhaps his greatest impact on the community is the Frank McNamara Cross Country Race Series, an Edmonton River Valley running institution that draws hundreds each Wednesday night in Spring and Fall. Frank’s wild and wooly trail design is legendary. As a legacy to Frank, the race organizer will retain the series in his name.

Although the family is sad that Frank is gone, there is great comfort in knowing that he gave so much to Edmonton’s athletic community. In recent years his injuries and declining health took a toll, but he is now racing again, pain-free, with a breeze at his back and a sparkle in his eye.

To honour Frank’s life, the family is planning an online celebration of life on Jan 31, 2020. In lieu of gifts or flowers, please consider supporting the community-driven Frank McNamara bench/trail tribute campaign at https://www.facebook.com/WednesdayNightCrossCountry/ [1].

I am a better man for knowing you frank. ~neil

I am saddened by the news of Frank’s passing.

Frank was an inspiration to me as a runner/
triathlete in the 1980s and 1990s. He was one
tough bugger of a competitor even though he was 21 years older than me. We had more than a few battles on the roads.

I occasionally volunteered as an unofficial
course marshal in the fall X-country races
signaling the unexpected turns in course direction.

Frank was one of my cross country ski coaches while I was at NAIT (1992-1994). He taught an absolute beginner how to skate ski on Fischer Revolutions, and how to classic ski even better. I don’t live in Edmonton anymore, but I bet if I stood on the trails in Goldbar Park, I would still hear his voice through the trees, telling me to keep going. I kept going. Thanks, Coach.

I was saddened to hear about the passing of Frank McNamara. My memories of Frank go back to the early 90’s when we would pass each other on the River Valley trails or at the Jasper/Banff Relay when he ran with the Over the Hill gang. When I first started timing events, Frank and I drove many kilometers (miles) together going to various events. In 2001, I started to electronically time the Wednesday Night Series for him. Back then it was called the “Wednesday Night Cross Country Race Series’. Then the next year in 2002, I changed the name to the “Wednesday Night Frank McNamara Cross Country Series” and later on began calling it the “Frank McNamara Cross Country Series”. Franks’ fingerprints were all over the series so it was fitting to name it after him. After some discussion with Frank, it was decided to give both a Spring and Fall Series a go. At the first race at Dawson Park, we had a little over 50 participants. One of the most memorable things that stands out for me was how he trusted that everyone who participated in the Series would pay and put their $2.00 in his margarine container. He always left it on the picnic table while he went out to mark the course. Over the years, the Frank Series has given back to the community wherever possible because he felt it was important to help others. A donation was made to the Fort McMurray Fire Relief Fund after it was devastated by fires. Frank also felt it was important that every child receive a gift at Christmas and so donations were made to the Edmonton Christmas Bureau. He was a good friend and he will be missed.