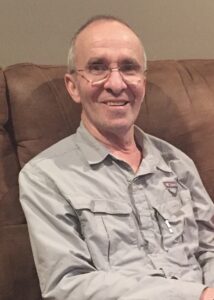 John came into the world three months early, to parents John and Mary, as the fifth of eight children in a proud Ukrainian family. There wasn’t a thing he couldn’t fix, an electrical outlet he couldn’t get a spark from, or a plumbing issue that was too messy to handle. He could repair a car or a toaster, and took apart anything and everything, sometimes just to see how it all worked. He was almost always able to put it back together. John loved a good can of sardines alongside deep-fried french fries, Hawaii and Vegas (but only for the scenery, of course), a nice cold beer or ginger ale, a nice coffee and a juicy hamburger, and being in the mountains was his jam. He enjoyed dancing, photography, camping, skiing, fishing, hiking, tinkering with technology, listening to music, cigars with his brothers-in-law, his sister-in-law’s cooking, and watching wrestling, movies and Star Trek. John is survived by four sisters, Linda Blower (Jim), Rosemary Cherwonka (Don), Pearl Kerychuk (Robert), and his big sister, Margaret Kerychuk, who loved him best, even if she did boss him around, which he needed but didn’t always want. He is predeceased by two brothers, Jack and Tom. He loved his cat, Oreo Ouch, even though he never wanted any of those darn pets. John never stopped loving his ex-wife, Brenda, and the two remained friends. Together, they had two children, Chad Kerychuk (Melissa Oei), who is the second biggest Star Trek dreamer around, and who went on to live his dream of being in the world of movie and television because his parents believed in him; and Kari Kerychuk (Chad Gascho), who will miss the flowers on Valentine’s Day that he never forgot to bring his baby girl and will never stop wishing she could dial those ten numbers and ask him for advice or for help killing spiders or fixing something she broke. He loved his nephew Jason who provided love, support, adventure, and off-colour comedic relief. Our dad taught us many things, including that garlic puts hair on your chest, that wearing coveralls to do dirty work without a shirt underneath is a top cool-dad move, that everything can be fixed with enough time, curiosity, and swear words, to immerse ourselves in movies and music, and that wrestling just might be real if you believe. He took his kids to many Edmonton Esks games, and ignored us while the Oilers were on TV; the man had priorities. He took us out every Halloween, with icicles in his beard, or snowmobiling in sub-zero temps, and taught us that weather wasn’t anything to worry about, it just meant you might need to dress warmer and light a good fire. Even more than that, he taught us what the love of a good dad can do, and we’ll miss him every day of our lives. And we know that most of all, he’ll be missed by Grandpa’s girl, Zoe – the granddaughter that brought him the most joy any grandpa ever had. Even though dementia took you from us, we know you never forgot. On to the next adventure, Dad – we have the bridge. Engage.

In lieu of donations, John would love it if you honoured his life by spending time with your loved ones; perhaps doing something to make the world a better place. His immediate family is having a small, private service, but will be placing a memorial tree at the river that you will be welcome to contribute towards and visit him at.